The Best Way To Transfer Money To And From Japan 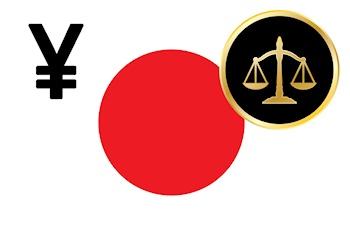 It just so happens that despite the best efforts of Japan’s policymakers, the Japanese Yen is historically weak at the moment. JPY has in the past been a safe-haven currency that investors flood to when there is fear elsewhere. Currently the weakness of JPY relative to other currencies is less than ideal for foreign people living in Japan earning JPY who have to remit money to their home countries and exchange into their base, native currency. Although there is nothing we can do to influence international currency exchange markets, we can do our best to exchange and transfer money from Japan in a way that is cost efficient..

The Cost Of The Transaction When You Transfer Money From Japan Long-term residents of Japan will probably remember the Go-Lloyds remittance service which was relatively hassle-free and not overly expensive. Dealing with domestic Japanese banks offers a varying experience with different degrees of procedural complexity to downright backwardness. Following the failure of Lloyds to establish a full domestic banking presence  (Japanese banks don’t appreciate foreign competition- Why would the bully invite another one to his playground?) Go Lloyds was ultimately purchased by Shinsei Bank and now lives on as GoRemit, still offering the ability to transfer money from Japan to a multitude of foreign accounts. The fee is 2,000 JPY per transfer which is cheaper than other Japanese domestics, however, there most definitely is a spread to be paid. Intermediary participation is case by case. The rule of thumb is that if the money is going to the other side of the globe, then there is probably another pair of hands along the way. One issue that may be relevant to some people is that it currently only supports 12 currencies. This should present no problem for major pairs (JPY|USD, JPY|GPB, JPY|EUR etc.) but for some clients this may rule out the service entirely.

The Facts: What Investments Beat Inflation?

Again, there is not a single bank which does not offer FX exchange and remittance so feel free to shop around. Another thing to be aware of is that some banks are unable/unwilling to transfer certain currencies. For example, Bank A is unwilling to transfer JPY to your USD account abroad enabling you to receive the rate at the receiving bank and insist that you convert your JPY at Bank A using Bank A’s rate.  Another bank, Bank B, may be unwilling/unable to transfer PHP or INR or [insert non-major currency]. Generally, the non-major currency pairs also have less transaction volume and accordingly larger spreads which translates to larger cost for the client. Be careful to take all costs into account when shopping around. Make no mistake- the fee that you will pay a Japanese bank to transfer money internationally from Japan will be higher than a non-bank

Foreign Currency Remittance Specialists That Can Transfer Money From Japan

Those of you that already have a financial adviser should inquire who the advisor uses. Commonly advisory companies will routinely make foreign currency transactions and the frequency and size of these remittances will be much larger than Joe and Jane Public, often securing preferential rates. This will often include the use of a custodian or other party who only deal with institutions, enabling the company to exchange currencies atomically close to the actual exchange rate, owing to the economies of scale. The result is that the sender pays a smaller fee to transfer money from Japan to foreign banks. As a retail client your only chance to get close to these rates, saving you money, is to exchange your funds via your private bank or financial adviser who would presumably be willing to offer this service to their clients in aim of retaining your custom in their other areas of business which actually produce revenue.