My Number System in Japan 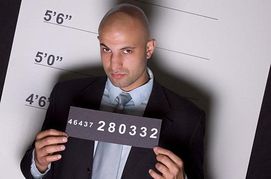 The My Number system in Japan will be used to more effectively share information among the various national and local authorities.

Starting in 2015, the government rolled out the system across the entire adult population of Japan. Every person with a residence record in Japan has a unique “MyNumber”. The MyNumber is Japan’s individual tax identification number (TIN) and can be understood as the Japanese equivalent to a UK national insurance number, or a US social security number.

Japan residents initially had the option to not apply for the photo ID card version of the card, and simply carry their “notification card”, however at this time new or replacement notification cards will not be issued and instead, a photo card must be applied for. Notification cards had no expiry date, whereas photo cards do have an expiry, adding an administrative burden for the cardholder come expiry date.

My Number For Non Japanese Residents Of Japan

For foreigners living in Japan, there is some good news. You are not required to carry around the My Number card. This is in contrast to the foreigner registration card.

As many throughout the private and public sectors have echoed, the system is not perfect. It could have both advantages and risks.

Advantages and Risks of the My Number System

First off, professionals in the IT security industry are likely to be watching developments and implementation of the My Number system with eager anticipation, and for good reason.

Companies across Japan will be required to manage ID numbers for employees and their family members. Such a program is estimated to cost a large corporation 50 million yen ($408,000) to implement. According to Daiwa Securities Group, the market for such IT security software is worth an estimated 3 trillion yen.

The Japanese Authorities will be incentivizing (mostly stick, with no carrot) companies to prepare for handing and providing security for an employee’s My Number. Individuals and companies found responsible for a My Number leak may be imprisoned for up to four years and/or fined up to 2 million yen.

Yet, at the moment Japanese companies are reportedly unprepared for any of this. Nomura Research Institute polled around 2,000 companies and found that almost half (47%) are not making progress on preparations for My Number.

As is evident in other countries with personal numbering systems, the risk of an information leak is a serious concern. Just this year the United States recorded approximately 21 million cases of data breaches involving private information and Social Security numbers.

The story in South Korea is even worse. Major cybersecurity data breaches occurred in South Korea in 2011 and 2014. Japan’s neighbor suffered the leaking of around 40 million numbers, or 80% of the population when the network was compromised. Private information from this data breach is still publicly available via a number of websites. It is estimated that it will cost Seoul around $650 million to rebuild a new system.

Identity thieves often steal pension or unemployment insurance payments or run up a victim’s credit card debt with victims having lost tens of billions of dollars in the U.S. alone…

For an exhaustive FAQ in English direct from the Japanese Government, please visit their site here
Book A Free Introduction Call

- Japan today: My Number; A Worrying Glimpse Into The Future