Americans Living Overseas: What To File To The IRS 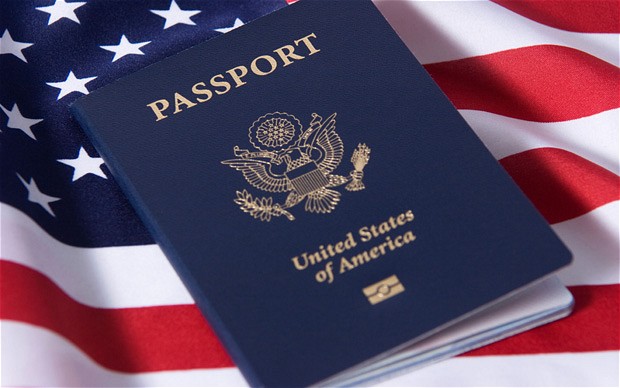 It is no secret that US passport and greencard holding expatriates are held to more onerous tax reporting requirements than just about every other nationality. This even extends to Americans living overseas.  The primary driving force behind this is the United States’ concept of worldwide taxation.  In a nutshell, this means that US persons are subject to tax regardless of their country of residence.  Most of the world follows the notion that someone is only taxed where they live (at least 183 days out of the year).

Learn More: Can Americans Have 401K Accounts In Japan?

Contrary to popular belief this is not a new rule; as worldwide taxation has been a part of America’s history since the country’s early days.  Unequal tax treatment of US expatriates traces its roots as far back as the American Civil War, whereby incomes over $800 were levied a 3% tax, and “any citizen of the United States residing abroad” would face a 5% tax (a 67% increase in the tax bill!).  The general consensus is that the reason for this international taxation was to dis-incentivize Americans from leaving the country during periods of conflict.

However, this established a precedent for worldwide taxation of all Americans.  Once a tax is put into place and the public sector’s budget pie is carved up, it is extremely difficult to remove said tax.

The sheer weight of filings, tax treaties, deductions, and explanations involved making specific recommendations for any US citizen living abroad are far too complex to be accurately summarized in one page.  However, it may be beneficial to point out three major filings each expat American should be aware of and actively participate in while living in Japan, or anywhere else outside of US borders.

Documents That Overseas Americans Living In Japan Need To File

If any US person has ownership or financial interest in any foreign financial account; whether this be a bank account, brokerage account, mutual fund, etc., the Bank Secrecy Act might require annually filing your FBAR by April 15th of the following year.  There are many exceptions to this rule, with full explanations available on the IRS website, though most will not apply to the average person with an average financial account.  However, a useful rule-of-thumb is that if the financial account’s total value has not at any point in the year exceeded the threshold of $10,000 (or currency equivalent), it would not need to be reported.  In the wake of FATCA, whereby foreign financial institutions will be forced to report on behalf of their American clients, the US government has sought greater participation and enforcement of FBAR filings.

US persons are taxed on all worldwide income, whether said income is personally earned and received, or earned by a foreign company that the he or she has a financial interest in.  Similar to the above, there are a number of deductions and exceptions, as well as a primary rule-of-thumb threshold.  As of reporting for FY 2015, this threshold is $100,800; which every expat American is able to exclude from taxable income.  In other words, if you made less than $100,800 in 2015, you do not likely owe the IRS any income taxes in addition to the taxes you paid here in Japan. Any income over this threshold would be taxable, though the US has double-taxation agreements with many countries, and it is worth checking with an accountant to see if certain US taxes would not be applicable in your situation.

This is a potentially painful reporting requirement that not all expat Americans are completely familiar with, especially while residing in countries like Japan.  While being involved with a small business here may seem innocent enough, as Japan is not exactly a tax haven, a US person with at least 10% ownership in any foreign company is required to annually report the relevant details with Form 5471.  Similarly, an American that creates or receives a distribution from a foreign trust must report all relevant information to the IRS through Form 3520.  Failure to file, or filing just one day late in either of these instances could attract an annual fine of $10,000 or more from the IRS.

Get The Facts: Does America Tax Japanese NISA and iDeCo Accounts?

Best Practice For Americans And US Taxpayers Living Overseas

It is worth reiterating that these are just general guidelines for only a few of the primary reporting requirements Americans living abroad should understand. Upon further investigation, someone could easily find that they are in fact liable for an array of reporting requirements just because they are residing overseas- even temporarily.

To receive an accurate and actionable summary of reporting and taxation requirements, an American living internationally would do best to seek out specialist tax and investment advice. A typical domestic accountant (whether in Japan or back in the US) is generally not sufficiently familiar with the niche and potentially impactful requirements of overseas Americans, and may be unwilling or unable to give comprehensive, tailored advice.  If required, we are able to introduce you to specialist US CPAs that primarily work with American expatriates, and US registered Investment Advisors (RIA) that are best positioned to provide the right advice.