The Next Stock Market Crash: What To Do? 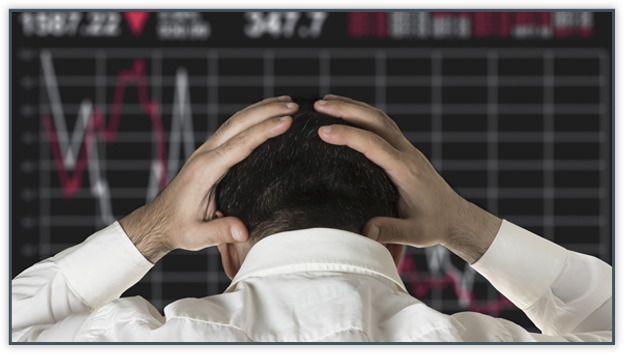 Market crashes are the elephant in the room for investors. If we work on the premise that a stock market “crash” is constituted by a rapid widespread decrease or loss in value over a short period of time then we could argue that not a decade has gone by without a notable crash in developed equity markets. With the increasing prevalence of high frequency trading (HFT), and algorithmic trading systems programmed to operate in some cases asynchronously (outside of our chronological ordering of 1-2-3-4…., i.e. outside of time as we perceive it), arbitrage is no longer a concept limited to price differences on exchanges, but also the concept of latency (speed) or technological arbitrage. Many discretionary investors first became aware of this concept in 2010 during the “Flash Crash” where the Dow Jones Industrial Average (DJIA) hemorrhaged 1000 points in 9 minutes, returning to previous levels 3 minutes later. This was not owing to the Jones family investing some of their savings into penny stocks, or a pension fund picking up another tranche of bonds.

Waxing poetic about what constitutes a market crash aside, a lot of high-profile attention is being paid to the currently lofty-looking S&P500. In this instance the elephant in the room if you will, would not be a “rogue algorithm creates microsecond chaos” type crash, but more of a good old fashioned 1929、3 year long, -89% “everything I have ever owned is gone”, “Great Depression” inducing type crash. The numbers tell the story.

Amongst the “old-school” investment community there is a saying- “sell in May and go away”, but this would not have proved to be a successful strategy for 2014. In actuality, this would have only worked marginally in 2013 too with a small decrease in June, after which the market continued to forge onward after a short pause in August. In fact, May of 2012 was the biggest losing month and was actually the last chance to buy the market at a point of weakness. There has not been a similar window of opportunity ever since. People buying in at this stage have to forego their bargain-hunting tendencies and hope for more of the same. Selling in May of 2011, 2008, 2002, 2001, 1996 and 1990 are the only years in which this old adage would have been correct. This alongside the blurring of a traditional idea that bonds and stocks are negatively correlated, with us currently seeing historically high performance from both equity and debt markets alike. What barometer can we look to to see if things are overheating? P/E would be a traditional first port of call…

At the moment, ask around and you’ll probably be told about the “fear index” before long. Typing that into a bloomberg terminal will however sadly yield no results. The VIX as it is formally know and the VDAX are implied volatility indices constructed by the Chicago Board Options Exchange (CBOE) and the Deutsche Borse and provide a yardstick of investor sentiment based on pricings in the derivatives markets (essentially risk management instruments) based on the S&P500 (US) and the DAX (Germany). These implied volatility indices are calculated from index options as the average eight near-term and close-to-money call and put options. Simply put, these two sides of investor sentiment (buy/sell) are weighted against each other to create a single implied volatility estimate which can be used to predict stock market volatility over the next 30 days.

The crash of 2007 saw the VIX rocket from 9.39, close to it’s all time low of 9.31 (December 1993) to a high of 89.53. We could easily talk about a more contemporary adage at this point, “When the VIX is low, time to go. When the VIX is high, time to buy”. Looking at the current VIX price action we’ll see that its trading at around 12…..Furthermore, note the correlation between S&P price movement.

As we are seeing more frequently, up until now routinely dependable metrics and correlations are ceasing to be relevant. The market is re-writing the rulebook. This is not a recommendation to stop participation in the market. Missing sunny days and staying inside because one day it might rain would lead to a miserable existence and equally miserable investment returns. Now is simply a reminder to be vigilant. The average frequency of Bear Markets since 1929 is every 3.4 years. The average Bull Market period lasted 31 months. This current bull market run has lasted 33 months thus far and as such is already beating the average and testing new levels.
The average Bull Market gain was +104% (The smallest gain was +21% in 2001, and the largest gain was +582% registered in period 1987-2000) – The current bull market has recorded gains of 188%.

So what about when the bull stops running? Diversification may well prevent you from outperforming the market during prolonged bull-runs, but it will also keep out the rain when the market moves the other way at breakneck speed. Utilising different geographical regions, asset classes and unit-cost averaging where possible will all serve as fitting insurance for your money. Alternative investments with low/no correlation to established equity markets will also continue on regardless of the performance of these toppy equity markets. CTAs and other Hedge Funds may even capitalise on this volatility to make gargantuan returns amongst the chaos and you could even participate with freshly-created “Smart Beta” products which are constructed to better mitigate the current market risk that comes with historically low dispersion amongst equities.

Forearmed is forewarned and particular attention needs to be paid when markets are exceeding previous levels. Anybody can make money with investment as in certain cases luck will be sufficient to compound a return. It is however the ability to lose money correctly, and mitigate the risk inherent in profit-making, that is the hallmark of the professional investor and advisor- particularly in a market crash.