The Cheapest Way to Send Money Abroad From Japan Tens of thousands of people send money overseas from Japan every day. Unfortunately, many of them are likely overpaying for the service. Historically Go Lloyds was one of the best low cost remittance services aimed at foreign residents for sending money abroad from Japan but since the acquisition of the Lloyds TSB service by Shinsei Bank there may be better options available. First it would be wise to understand where the costs and fees are taken when making an overseas transfer.

The Fees When Sending Money

People are used to being quoted a “transaction fee” for sending money abroad. This is a flat rate which is charged irrespective of how much money you are sending. These fees normally range from between 2,000 JPY to 4,000 JPY. Understandably, if you are sending 50,000 JPY and being charged 4,000 JPY in transaction costs then your money has already been charged an 8% levy. For large one-off transactions this will become a smaller cost in percentage terms, but for those sending money monthly the total fees on an annual basis can be crippling.

Some overseas transfer services will charge a percentage of the money being sent. This is usually below, and up to 1%. Again, if you are sending 50,000 JPY and the transaction fee is 4,000 JPY and there is also a 1% commission taken from the transfer the total remittance has been hit for 9%- meaning that 1 out of every 11 transfers you send is entirely taken by the bank.

The Hidden Fees When Sending Money Abroad from Japan

Most people will check the current exchange rate online using google (e.g using the search terms “1 usd in jpy“) to see how much money they will receive on the other side. This rate is referred to as the “mid-market rate“. By implication, there are two other rates. This is where things get questionable….

There are two prices for any one exchange, the “bid price” and the “ask price”.

The bid price is what you will receive if you are “selling” and the ask price is what you will pay if you are “buying”. This is the same with stocks and some funds also. These two ‘cost’ numbers are different and the distance between them is called the “spread”. This spread is what goes to the bank or dealer and is how they make money. For example, the mid-market rate for JPY/USD today might be 110 (i.e 110 JPY for 1 USD). If you wish to buy 1 USD using your JPY you may actually pay 111 JPY for 1 USD (indicating a spread of 0.9%). You may then decide immediately thereafter that you wish to exchange back to JPY and sell your 1 USD. You would then receive back 109.01 JPY. You have not been lied to per se; it is just customary to be quoted the mid-market rate by systems and institutions which are not in the business of doing currency exchange transactions. 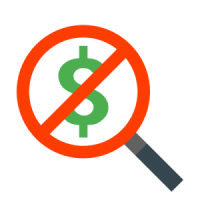 What many people do not realise is that some exchange services that charge (1) a transaction fee (2) a commission, will also still deal with (3) a market spread. To continue from the example above, this could theoretically add up to 10% on each and every transaction (based on the figures used). The market spread is the most insidious of all because few will actually look to check the distance between the bid/ask and the most commonly quoted rate is mid-market. It is actually legal for a currency dealer or bank to claim “zero commission” transfers whilst also charging a spread on all transfers- which is simply a commission taken in the background. Any currency exchange service that may appear “cheap” or “low-cost” should be considered with these things in mind.

We are frequently asked by clients how to transfer money at the rates used by the banks. Up until now this has only been possible for large remittances (> 100K USD) but the situation is changing. At present, we have found the best low cost alternative to be Transferwise, which currently supports 39 currencies, accepts Japan residents and offers transfers at the mid-market (or “bank rate”) with no hidden commissions. The service is by far one of the cheapest when considering the types of charges levied on a normal overseas transfer from Japan: it is however not perfect…

– Secure: TransferWise (recently rebranded as “Wise”) is fully authorised by the UK’s Financial Conduct Authority (FCA) and is authorised by the FSA here in Japan also. This means that the business is subject to European rules (the Payment Services Directive) designed to protect customers who use payment services, as well as local regulations to keep your savings safe and secure when sending money abroad from Japan.
– Speed: Transfers are made online after registering. Also possible via the iPhone app for Apple users. Transfers can be made among users using email alone.
– Size: At present 1 million people use the service every month. That’s an estimated 1,000,000 dollars saved every day between the “mid market rate” and the rates available at your Japanese bank
– Cost: Fees are transparent and stated (in itemized format) before you transfer. We have yet to be able to find an alternative service available to Japan residents which costs less.

– Android: No app available for Android users at this time which seems short-sighted considering the increasing prevalence of android devices worldwide.

– Choice: Presently transfers are only possible between 39 currencies. presently, there are 180 currencies in trading in the world (and this is if we ignore the bevvy of cryptocurrencies!). In future we would hope that this service remit increases to be more inclusive of other less frequently exchanged currencies (particularly because these currencies often have the largest “spreads” at Japanese banks).

– Limits: Depending on the currency you could be subject to upper limits on how much they will allow per transfer. At the time of writing, most currencies, JPY included, have an upper limit of 10,000 USD or currency equivalent per transfer.