Japan And Tax On Crypto – Part 2

In following from Japan And Tax On Cryptocurrency Part 1, we will continue to look into the tax implications of being a crypto currency investor in Japan. It is important to note that, owing to being a new phenomena (especially when considered as an “asset” and compared with traditional fiat currencies which have existed for in some cases, centuries) the laws and regulations surrounding the tax on crypto currency investments in Japan are likely to change numerous times in the near future as the industry takes shape, necessitating a corresponding update from the government. To this effect, you should look upon this information as having a shelf-life, and any action to be taken in light of it should be timely, and confirmed appropriate by your financial adviser first.

When Do I Have To Pay Tax On My Cryptocurrency Investments In Japan? 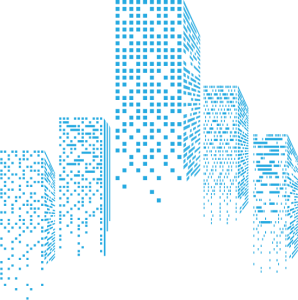 The question could not be more significant. Your investments (irrespective of whether you are holding Bitcoin, Ethereum, Litecoin or any other coin or token) become taxable at the following times:

1) You sell your coin/token and turn it back into cash (fiat currency). It does not matter if the funds remain in your brokerage/exchange account and you do not send the money back to your bank account. At the time that you sell, if you are realising a larger cash amount than you initially invested- that is a taxable event. You are required to report this to the tax office.

2) You sell your coin/token and buy another coin/token -or- exchange the coin/token that you are holding for another type of coin/token. Again, if the value of your holdings increased before you exchanged, you crystalized a capital gain at the time you divested. Even be it by exchange, and not sale outright.

3) When you receive a coin/token. This applies in all scenarios; such as payment received for goods and services, a payout from online crypto casinos, the proceeds of mining, or as crypto dividends (which seems to be increasingly common among alt-coins).

Credit has to be given to the Japanese National Tax Agency as the taxation framework for crypto currency holders is already very robust and leaves little room for crypto tax planning. Many of you will have noticed by implication that if you do not sell your crypto currency holdings, and you do not exchange them for anything else, then you are able to avoid tax entirely. The obvious problem with this, being that you are unable to realise any gains from your investment whatsoever, and will be in a perpetual holding pattern.

However, there is nothing to stop you from selling off small portions of your holdings when it is tax-convenient to you- by which we mean, in tax years where your income is comparably lower than the year before. As tax rates on cryptocurrency are marginal (it is added to your total income), it is possible for you to decide when you pay tax, and because of this you effectively get to choose the rate of tax in Japan that you pay.

There is potentially a more aggressive approach to reducing tax on your investments in Japan but it will largely depend upon your tax residency. If you are a long-term resident of Japan you are likely considered a permanent resident for tax purposes (even if you do not hold permanent resident visa status!). If you are not a permanent resident, and your holdings are outside of Japan (and your tax residency is compatible) you may be able to transfer your crypto holdings to a special type of insurance policy which means that you do not have to sell your crypto investments (unless you want to) and will be able to reduce tax liability in the future when you do divest or diversify. Again, there are many variables that come to define “suitability” and you should consult with your adviser before making any changes to your portfolio.

Insights: Taxes On Expats In Japan And Their Investments 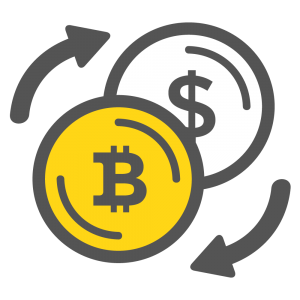 One of the central problems to the otherwise comprehensive guidelines on taxation is what happens in the event of loss. Many will be holding Bitcoin or other such coins in “paper wallets” or other physical devices. We do not have any points of reference at this time as to what happens when the “dog ate my homework” approach to reporting is implemented and the owner claims to have lost access to his crypto outright. Presumably, the account activity before the loss is central to the discussion, but this would give way to the possibility of a new nightmare scenario:

*the following is a theoretical example, not using correct pricing

1) Satoshi san invests 100,000 JPY in Bitcoin in 2011. He has no other assets. He holds his coins in a paper wallet – i.e a string of characters scribbled on a conbini receipt.

2) Satoshi san wakes up in 2017 after a nap-gone-wrong to realize that he is still broke, but that his Bitcoin is now worth 1,000,000,000 JPY and if he wanted to he could buy a small country in Africa. He puts his coins back on an exchange with the intention of exchanging all his Bitcoin for Ethereum, which has not seen such a meteoric rise, and at that time is believed to have good prospects for the future.

3) Satoshi san puts all his Ether into cold storage. This time upgrading from a conbini receipt to a hardware wallet USB key. He can now afford it.

4) Satoshi san, being the good citizen that he is, does NOT in fact relocate to Bermuda to sip cocktails and watch the ocean, and instead files a tax return at the Japan tax office (as per the advice of his trusty accountant).

5) Seeing as over 99% of his Bitcoin gains are profit, Satoshi san knows that he will be giving up around 50% of his wealth, but on his way home he tells himself that life is “pay to play” and he has been lucky so far.

6) Upon arriving home, Satoshi san notes that his home has been burgled and all of his possessions are gone- Including his cold-storage USB key wallet.

Satoshi san has a phenomenal problem. He owes about 500 million dollars in taxes to Japan for his crypto, and is absolutely penniless. What happens next? We cannot actually tell you. Its a brave new world. Look to Cyrpto Currency Tax In Japan Part 3 for information on how to calculate your gains for the purpose of tax reporting…

Insights: How Do I Switch My Financial Adviser?
Book A Free Introduction Call

- A History of Ancient Coinage - Percy Gardner, Journal of Hellenic Studies, Vol 38 No 196