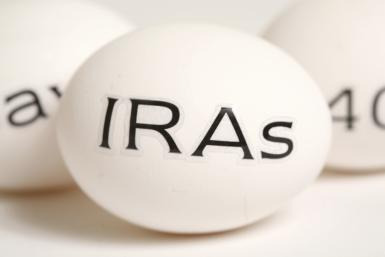 Taking advantage of government endorsed tax benefits for long term saving and investment is an important first port-of-call for any investor, whether these savings be for specific goals like retirement, children’s education fee planning, or simply long term financial security. These specifically legislated tax-friendly structures differ from country to country, but often fall into a few major categories. For example, numerous European countries, as well as Australia the US and Japan, have legislated specific tax benefits for holding investments within insurance based structures. This article, however, will focus on a few of the primary retirement tax planning vehicles specific to US citizens which are not so easily accessed while living overseas, and whose intricacies are not always well understood; the IRA and the 401(k). What’s the difference between them, and which one should you choose?

The Difference Between A 401K and an IRA Account

United States government sponsored tax planning structures are understandably trying at times, simply because there are so many of them, and to the lay person the specific differences between the structures can be easily confused.
The 401(k), its name derived from Internal Revenue Code Title 26 Section 401 Subsection K, is the standard defined contribution retirement plan that most Americans maintain, or have at least heard of. This is also the plan that is typically run through your employer, as they will often pay directly into the 401(k) account on your behalf, and in some cases make varying degrees of matching annual contributions into the plan. The key benefit here is that the contributions into a 401k account are made with before-tax earnings. For example, if you were in a 30% income tax bracket, and made the $18,000 maximum annual contribution, it theoretically only cost you $12,600; as this is what would have been received as after-tax income, had you not of contributed this money to the tax privileged account. Once inside the 401(k), investments experience gross-rollup, meaning that the investments will not be liable for any taxes until it comes time to make withdrawals from the account. A key difference between retirement accounts is how contributions and withdrawals are treated for tax purposes.
Learn More: How Do I File US Taxes From Japan?
While this is all well and good, there are of course restrictions to the account. As it is designed for retirement, you are not allowed to withdraw any funds until after age 59½. If you do, you will be subject to paying full income tax on the full amount withdrawn, not just the gain, as well as an additional 10% penalty tax.
Luckily for most people, the IRS is at times forgiving, and does not levy penalties for withdrawals from your retirement account for emergencies and some items deemed important, such as:

-Payment to prevent eviction or foreclosure on a home

Learn More: Can I Have a 401K While in Japan?
Similar to the 401(k) is the IRA, which stands for Individual Retirement Arrangements. As the IRA is not set up through an employer, with the assistance of a qualified financial professional you are able to take charge and manage an IRA yourself. First of all, it is important to note the distinction between the Traditional IRA and the Roth IRA. The Traditional IRA is similar to the 401(k) in that you contribute into the account with pre-tax earnings; and then you pay tax in retirement as you make withdrawals. The Roth IRA is slightly different, in that you make contributions into the account with after-tax earnings; but then there is no tax during the growth of the account or on withdrawals from the account.  Both IRAs have similar restrictions to the 401(k) though, in that you would be penalized for making withdrawals before age 59½. That said, the IRA does have a further exception in addition to those in the above list. First time home buyers are able to withdraw up to $10,000 (or $20,000 for a couple) from their IRA to put towards their down-payment. Traditional financial planning wisdom would frown on dipping into your long term retirement savings in order to make a present-day purchase, and you should ideally have a separate savings fund for a down-payment; however, the IRS will allow this small penalty free withdrawal if necessary.
At the moment, the IRS allows a maximum contribution of $5,500 per annum (this is a major difference between the IRA and 401K accounts, as the maximum contribution for 401K plans is currently over 20,000 USD per year). It does not require a lot of math to determine that this level of contribution will not make you a rich overnight, but that does not change the fact that gross rollup is one of the most lucrative deals offered by the government and must not be overlooked. For example, if you were to set up a Roth IRA at age 30, contributing just $5,500 each year and receiving a long term average of 10% per annum return, your IRA will have grown to just over $900,000 by the time you reach age 59½. Not a bad box-tick financial plan to stay committed to.

Get The Facts: Does America Tax Japanese NISA and iDeCo Accounts?
Unfortunately, because 401(k)s are typically run by US employers, few Americans living in Japan find themselves able to make annual contributions into a 401(k). In addition, if they have older 401(k) and rollover IRA accounts set up by a previous employer while working in the states, we often find it is the case that these accounts have been left dormant for many years, as their previous employer has little incentive to take proper care of the accounts, and many US-based financial advisory firms are no longer able to work with non-resident Americans. If you have a dormant 401k or IRA, or would like to set up and start contributing, it would be worthwhile to contact us to see if we could help manage the retirement account whilst offering face-to-face servicing here in Tokyo, Japan. It may also be good to re-acquaint yourself with a few previous US-specific articles in the Insights series: What Do US Expats Need To File To The IRS? and What Is Fatca?.
Book A Free Introduction Call