Inflation in Japan: How Does it Affect my Savings? Inflation is another good example of a topic that most people have certainly heard of and are familiar with, but at the same time will often have a few questions about. Simply put, inflation is the gradual increase in average prices across a basket of goods and services in a country or region. As has been the case throughout history, inflation has remained consistent and prices have typically gone up, even in Japan. This phenomenon is measured as an annual percentage in increase of prices. In other words, over time, for every dollar or 100 yen you possess, each year it will buy less and less goods or services. This is also referred to the unit of currency’s purchasing power. 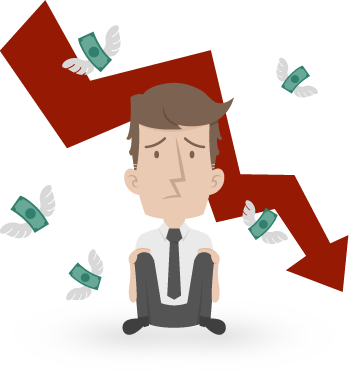 For example, if you go to the grocery store and buy some broccoli for 200 yen, and the rate of inflation is expected to be 2% this year, next year that same broccoli should on average cost 204 yen. These sorts of specific examples can be difficult to accurately reproduce and predict, as vegetable and other commodity prices can fluctuate even week to week, but when looking at examples with very large numbers of data points and over a long period of time, clear upward trends in prices do emerge. Across most developed countries, the long-term inflation rate has averaged around 2% to 3% per annum. Japan, a nation famed for its low inflation, has averaged approximately 3% per annum over the last 75 years.  Even if you look at only the last 50 years, removing effects of the war and immediate post-war, inflation in Japan has still averaged around 2% per annum. What this means is that about every 25 to 30 years, prices double.

As described above, market fluctuations make it difficult to notice the slow creep of prices over time, but if historic trends continue, after two or three decades the price of broccoli will be double, price of a movie ticket will be double, and the price of a plane ticket with be double. Inflation is also the key drive behind why gold and other precious metals experience long term increase in per-unit prices, although they tend to under-perform other asset classes. This begs the question, why has inflation persisted so adamantly across time?

One of the reasons that inflation in Japan has sustained itself through the years is the ability of governments and central banks to utilize monetary and fiscal policy to both control and drive inflationary measures. For instance, central banks can take advantage of their unique ability to conduct quantitative easing, also referred to as ‘printing money’. This produces an effect that economists refer to as an increase in the money supply. Simply put, if there is more money in circulation, then people will be willing to pay more money for the same goods. The money supply can also be influenced in other creative ways as well. For instance, setting the rules pertaining to a bank’s ability to lend money.  Under the system of fractional reserve banking, which has been in implementation for hundreds of years, banks are able to lend out more money than they actually have on deposit. At the moment, most banks around the world are only required to maintain a 10% reserve ratio, meaning they have to maintain deposits equal to 10% of their total outstanding loans. In other words, for every million dollars a bank has on deposit, it is able to turn around and lend out 10 million dollars. Accordingly, loosening or tightening the rules as per reserve ratios can increase or decrease the money supply, which can also impact inflation rates.

There are plenty of non-governmental drivers of inflation as well.  One principle, known as demand-pull inflation, refers to the slow creep of prices due to simply the demand of goods and services. Over time, as the economy and as a population grows, under this theory demand for goods and services tends to outpace supply, and this causes buyers to steadily bid up the prices for whatever they need. Another economic theory of why prices increase over time is on the other side of the equation, focusing not on the consumer bidding up the prices, but on the producer increasing his or her costs.

This is referred to as cost-push inflation. Over time, cost of producing goods or services tend to increase as the cost of doing business increases, whether this comes in the form of employees demanding higher wages, office or factory landlords increasing rent, cost of energy or production increasing, cost of raw materials increase, etc. As these costs go up, in order to maintain profitability, business owners are forced to increase their prices in line with the increase.

Is inflation in Japan a good or bad thing?

As is the case with most macro phenomenon, it certainly depends on from whose position you are looking. There are some winners and some losers when it comes to inflation. For instance, debtors in Japan (people who have outstanding loans) benefit from annual inflation. While they are steadily and actively reducing their loan balance via regular payments, in theory the value of the outstanding loan is also decreasing by 2-3% each year just by inflation. This is also an argument for why most governments try to drive a steady inflation, as they are nearly all fantastically in debt, and a slow inflation rate will decrease the value of their outstanding loans, also driving up the nominal tax base through wage inflation and other inflation-driven tax receipts increases.

Inflation does however hurt anyone on the creditor (person or institution that lends money) side of the equation, as each year the value of their loans in principle decreases. For example, if you lend someone $100,000 and they promise to give you $110,000 in ten years, but ten years from now prices increase by 25%, then you in theory will have lost $15,000. In other words, the interest you received as compensation for risking your money to the debtor was less than the increase in prices over time. While debtors can lose out if they do not earn enough interest to offset inflation, an even bigger loser is the person who leaves cash sitting collecting dust in a bank account, or even worse, under the mattress.

Each year you leave cash dormant in a low or zero interest account, the value of your savings gradually erodes. While each year it may seem an insignificant amount, over time it can add up to a substantial loss of purchasing power.