Do I Have to Pay Tax on My Overseas Inheritance in Japan? The process of navigating inheritance tax can be difficult for foreign people in Japan or for people who have assets in their non-native countries. Each country has its own set of rules and regulations regarding what is subject to inheritance tax and how that tax should be calculated. If you’re a temporary resident in Japan without significant assets here, you might think that Japan’s inheritance tax laws don’t concern you. Think again.

What is Inheritance Tax? 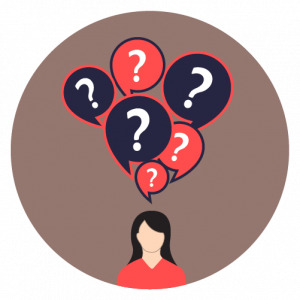 Inheritance tax is a tax on the transfer of assets from one individual – the donor or descendent (the dead person) – to another – the donee or heir (the living person). It’s also known as death duty, estate duty, or probate duty, although different countries may have different definitions and stipulations. Japan, for instance, has an inheritance tax but not an estate tax. Furthermore, while some countries allow the tax to be paid by the heir/donee or the descendent/donor, Japanese inheritance tax must be paid by the heir/donee.

How Does Japanese Inheritance Tax Work?

Japan enforces an inheritance tax on a number of assets that are located within its borders. These may include: Japan also imposes a tax on all overseas assets according to the inheritor’s residence (jusho). This, however, is not as straightforward as it may seem.

Who Has to Pay Tax on Overseas Inheritance in Japan? Foreign nationals must meet the following requirements to meet the definition of temporary foreigners:

There is an additional “5-year tail” rule that applies to overseas inheritances of certain foreign nationals. This rule was enacted on April 1st, 2017 and repealed April 1st, 2018. It stated that the transfer of worlwide assets to foreign nationals who had residency in Japan for 10 years or more would continue to be subject to Japaense inheritance tax for up to 5 years after the individuals permanently departed from Japan. This rule is still in effect, but only applies to inheritances occurring between the dates of enactment and repeal – April 1st, 2017 to April 1st 2018.

How Much is Inheritance Tax in Japan?

Note: If the donee (person receiving the assets) responsible for paying this tax does not have the necessary cash funds, he or she may be forced to sell the asset(s) in question.

How Can I Protect My Family Against Japanese Inheritance Tax?

If your family members do not qualify for exemption from Japanese inheritance tax, there are still some ways to plan for and protect against it. One of the simpler and more cost-effective options is to set up a life insurance policy in which the death benefit can cover the estimated inheritance tax liability. This, however, requires intimate knowledge of available insurance plans according to your nationality and residence, as well as the taxation policies on such plans in the relevant countries.

For families with significant assets to protect, a more costly option may be to set up a holding company, trust, or foundation. These structures, however, come with annual operating expenses as well as fees for initial setup. Large estates will likely be worth the costs, but families with mid-sized or smaller estates may be better off looking at an alternative.

Whether looking at a life insurance policy or a legal structure such as a trust, there are several potential financial and legal ramifications to take into consideration. Make sure to discuss your options with an experienced financial advisor who can help you best assess your assets and tax position.