Bonds: What Is Credit Risk?

The traditional counterpart of stock is the bond. The primary difference between a stock and a bond is ownership.  With a stock you own a share in the company, whereas when owning a bond you do not own a piece of the company.  A bond is simply a loan which gives you rights to future interest payments and the eventual repayment of the principal (except in the case of perpetual bonds, which are open-ended in their term).

An example bond would look something like this:  Grandma’s Cookies Inc. needs 10 Million USD to build a new cookie factory.  Grandma issues (sells) bonds with total value of 10 Million USD, and agrees to pay 8% interest per annum, and will pay back the full principal at the end of 15 years. 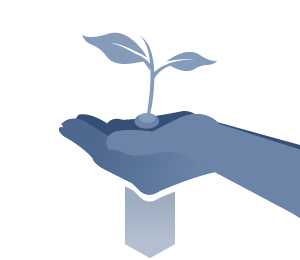 Grandma sells all the bonds at once, and receives 10 Million USD to build her factory.  In the real world, this would be a bit more complicated and would involve investment banks, but for this example we will keep things simple and assume that Grandma successfully sells all her bonds in one day to the general open market. This first sale, directly from the company (or government) issuing the bonds is called the primary market sale.

After buying bonds  directly from Grandma, the initial investors can either hold the bonds to maturity and receive interest payments each year and the principal back at the end of the term, or they resell their bonds on the open market.  This is called the secondary market, and this is typically where you as an investor would be investing in direct bonds.

Insights: How To Reduce Your Tax Bill In Japan Using Real Estate Investments

The pricing of bonds in the secondary market, like stocks, is a behemoth of mathematical analysis and risk management, and one of the primary determinants of bond pricing is called credit risk.  All the different methodologies for assessing credit risk are beyond the scope of this discussion but let’s address the question, “What is credit risk and how does it affect bond investments?”.

For example, if we look at two different companies, and they have two otherwise identical bonds available (each paying 8% interest per year and maturing in 15 years) which bond would you choose?  Naturally, you as an investor would choose the bond with the lower credit risk, meaning that if everything else is equal, you would want a company that is more likely to pay its promised interest payments in full and on time, and pay back the principal at the end of the term.  Credit risk is one of the reasons that bonds in the secondary market trade at premiums and discounts.

Bonds are often sold in lots, for example 1,000 USD at a time.  This would imply that I can invest 1,000 USD in Grandma’s bonds, receive 80 USD per annum in interest, and get my 1,000 USD back in 15 years.  If Grandma’s credit risk has worsened over time, her bonds may be trading at a discount.  This would mean I may, for example, be able to pay only 900 USD for the same bond; receive the same 80 USD coupon per year, and receive the bond’s stated face value of 1,000 USD back at the end of 15 years.

If the two companies you were choosing from were Grandma’s Cookies Inc (a small cookie company with one cookie factory) versus Coca Cola, Coca Cola would likely be the safer bet.  For this reason, if Coca Cola and Grandma both had identical bonds paying an 8% coupon per year and maturing in 15 years, the Coca Cola bonds would very likely be trading at a premium relative to Grandma’s bonds; meaning investors have more faith in Coca Cola’s ability to make good on its loan obligations.

Insights: How To Change Your Financial Advisor In Japan

Accordingly, let’s compare the Coca Cola bond to the above example of Grandma’s bond.  Rather than trading at a discount, Coca Cola may be viewed by the market as having very little credit risk, and trade at a premium on the secondary market.  This means that you as an investor would have to pay extra for the privilege of Coca Cola’s “safer” bonds.  Taking the same example of an identical bond, for a 1,000 USD face value bond at 8% per annum, it may be available on the secondary market for 1,100 USD. You would still receive the stated 80 USD coupon per year, and the 1,000 USD face value principal at the end of the term.

To clarify, for those that may be confused about the coupon payments, a bond issuing company only pays interest and the principal relative to the face value of the bond, not whatever you paid in the secondary market. This is why the investor that paid 1,100 USD for the 8% coupon Coca Cola bonds receives the same amount as the investor that paid 1,000 USD at the primary market sale.

In simple terms, it is easiest to think of a bond as a contract that gives you the rights to receive a pre-defined stream of cash flows over a set period of time; the cash flows being the interest payments and the return of principal investment.  As the company or government that issued the bond is perceived as more or less risky, the price investors are willing to pay for the “promise” of these cash flows will go up and down.  Bond prices can of course be impacted by other factors, such as macro-economic forces, geo-politics, changes in central bank interest rates, etc.

For example, let’s say Grandma issued her 10 Million USD worth of bonds to build her cookie factory and then proceeded with business.  Cookie sales were mediocre, and the market was wary about here long-term ability to maintain the business.  Assume the same event occurs as we described in our article on how to value stock prices, whereby Grandma’s cookies are showcased on Saturday morning Japanese television.  Presuming cookie sales then go through the roof, investors could become more confident in Grandma’s ability to maintain her loan payments, and her bonds could go from trading at a discount of 900USD to trading at par-value or even trading at a premium.

- On The Pricing Of Corporate Debt: The Risk Structure Of Interest Rates - Robert C Merton, The Journal of the American Finance Association, Volume 29, Issue 2