At one time, planning for retirement was a simple matter. Many people relied on government social security or pension programs and their company retirement accounts. This was enough to get them by once they stopped working. For Americans living in Japan, retirement planning between your 401K, IRA, NISA, and iDeco might seem daunting.

These days, retirement has become a much more complex issue. Most people no longer work for a single company throughout their professional lives, and not all companies offer employee retirement accounts. Retirement and pension plans don’t typically pay out enough cash for individuals to maintain the same standard of living they had while working.

The issue of saving for retirement becomes even more complicated for American expatriates living overseas in Japan. Not all of the same benefits and resources are available to non-citizens. Furthermore, expatriates have to worry about how retirement funds in a country like Japan may be affected by the tax policies of their home countries.

Japan Vs. US Definitions: What Is a Retirement Account? 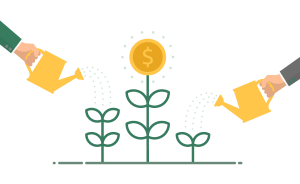 Japan requires all working residents over the age of 20 to make monthly contributions to the national pension system. This can be a benefit to foreign residents who retire in Japan, as all national residents may begin collecting their pension pay-out at 65 years of age. However, the benefits are small, and it is not wise to depend on the future of the pension system alone for your retirement.

Japan has a rapidly aging native population, resulting in a declining work force. As the work force declines, the pension system becomes less reliable. As of 2019, the Japanese pension system only pays out 60% of contributions.

This number is set to decline in the coming years. The Financial Services Agency states that by 2047, the Japanese pension system will only pay out 50% of contributions. This is among the many reasons that it is better to establish a private retirement portfolio and where private retirement savings accounts can help.

What Are NISA and iDeco Accounts?

Two commonly suggested retirement accounts for foreigners in Japan are NISA and IDeCo. These are investment accounts that offer tax privileges that allow contributors to make the most on their savings and investments. Although similar, each account has distinctive features. (There have been some large developments that propose to make the NISA account a more permanent part of the investing toolbox in Japan, but for now, the duration of the regular NISA remains at 5 years.)

iDeco: iDeco stands for “Individual Defined Contribution Pension”. The Japanese government introduced iDeco in response to the strain that the aging population has on the Japanese pension program. The goal is to incentivize Japanese residents to be more proactive and self-sufficient in preparing for their retirement.

An iDeco account matures when the contributor reaches 60 years of age, regardless of the age at which he or she opens the account. As a long-term account, iDeco is similar to a more traditional US-style pension account.

NISA and iDeco accounts are available for Americans, but they require navigating a complex legal structure in order to gain the same benefits. The U.S. Internal Revenue Service (IRS) does not recognize NISA and iDeco accounts as non-taxable. Furthermore, according to the United States government, both types of accounts fall under the class of Passive Foreign Investment Companies, or PFICs.

These types of accounts are highly taxable by the IRS, meaning that contributors could lose a significant portion of any gains made on their investments in their NISA or iDeco accounts. In order to avoid these taxes and maintain the benefits of their retirement accounts, American investors would first have to wrap the accounts in an IRS-approved legal structure, such as a trust or qualified pension.

While complex legal arrangements such as these interest some investors, many people will find them cumbersome. For these people, it would likely be best to instead hold your retirement savings with a US Registered Investment Advisor (RIA) domiciled in the states.

Are There Other Retirement Account Options for Americans in Japan?

Although Japanese retirement accounts may not directly benefit American residents of Japan, there are other options you might consider. If you plan on keeping your U.S. citizenship, your best option for retirement in Japan may be to invest in one of the following: Should I Give Up My US Citizenship If I Intend to Live in Japan?

Those who do not intend to return to the United States may consider one other option: giving up U.S. citizenship. The benefits and risks of such a decision, of course, should be thoroughly considered. Expats who have substantial assets in America could face harsh taxation for renouncing their citizenship and withdrawing assets. Those who give up American citizenship are also likely to face audits and severe evaluations of their financial and taxation history. And of course, they will also be giving up the rights and benefits that come with American citizenship.