lthough it is not the most popular topic of conversation for cocktail parties, we are all likely to consider it at some point: what happens to our assets when we die? When someone dies in Japan or another similar civil-law jurisdiction, the process of distributing assets to beneficiaries is a bit more streamlined and directed by federal and local law. However, a great many foreigners now living in Japan may not plan to live here forever, or at the very least could maintain a majority of their asset base in their home country or some other international jurisdiction outside of Japan. In these cases, the fate of someone’s financial assets after they pass on is largely determined by wills and probate. Most people are likely to at least heard of a will and understand its use in determining who gets what after they die, but not everyone is likely to be familiar with probate; even though probate is something that, in a sense, “outranks” a will.

Probate is the legal procedure by which the court system determines if someone’s will and the testaments within the will are legal and valid. This is similar to issues in contract law whereby, say for example two parties agree to and sign a contract, but then a judge later rules that the entire agreement, or at least one item in the contract, is not valid. A judge can make similar rulings when reviewing the validity of a will. The next part of the probate process involves the court appointing an executor or administrator to oversee the sorting out the deceased’s financial affairs. This involves paying any remaining debts or other liabilities, and then disbursing the remaining assets to the designated beneficiaries. Probate as a process can however differ, and this is largely determined by whether the deceased has a will, or if they never authored a will or it is incomplete.

Why Should I Set Up A Foundation For My Assets?

Probate if there is a will

s to be expected, it is a much simpler and straightforward process if the deceased does in fact have a will. In this case the custodian of the will, often the deceased’s lawyer, must bring the will to the probate court within a certain amount of time, typically within 30 days. The court will then determine the will’s validity and legality. At this point the will can be deemed completely invalid, or the judge can invalidate specific points or aspects of the will. For instance, if the will was authored when grandpa or grandma was clearly not of sound mind and judgement, or if the will was written while he or she was under extreme duress, the will can be thrown out. In most cases, the will is upheld, it is deemed to be the deceased’s last testament, and the executor to the will is named. The executor, usually a family member named in the will, then has the full legal authority to act on behalf of the deceased to administer the payments of debts and disbursements of assets to beneficiaries.

Probate if there is no will

Probate, if the will is nonexistent or incomplete, can then become both a complicated and expensive endeavor. In the instance whereby there is no valid will to go by, the probate court will appoint an administrator to act on behalf of the deceased. Their job is to pay any and all outstanding taxes or debts of the estate from the estate’s remaining assets, as well as hear any claims against the estate. Disbursement of remaining assets then falls to local or federal law, from which the rules among countries, or even within different parts of a country, can vary widely.

While local law will tend to designate which surviving family members receive which portion of the estate, because the deceased has not explicitly stated who gets what and who doesn’t get what, the probate court can also hear any claims from potential non-family beneficiaries. This can lead to family members not receiving at all what they hoped or expected, or at the very least they could find themselves in long and expensive legal battles with people or businesses to whom their deceased relative allegedly owed money. All the while, court fees and private legal fees can add up rather quickly, continually eroding away the estate and putting the family in a weak negotiating position, therefore more likely to cave to demands from creditors.

What Are The Benefits Of A Trust?

Even more onerous than threats against the estate from without, are those going after the inheritance from within. Even the most amicable of families can find themselves in minor disputes that escalate out of control into drawn out arguments over the disbursement of inheritance assets. This will not only cost a great deal of time and money in legal and court fees to resolve, but could deal permanent damage to the family relationships. 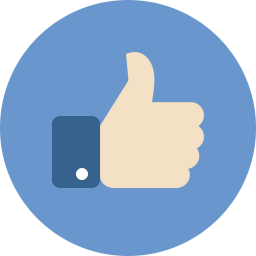 For these reasons, even those early in their career with a smaller amount of personal assets should consider at least basic estate planning. Getting started sooner and planning ahead can save a tremendous amount of money and headache in the future. Two examples of this would be to write a will, even if it is a simple one. Although establishing a will in Japan is complicated, expensive, and usually quite difficult to enforce, if you have assets in your home country or elsewhere outside of Japan, legal templates for basic wills enforceable in specific jurisdictions can be found online for free or minimal cost. Another option would be to hold a certain portion of your assets in a structure that can potentially bypass probate, paying out predetermined by you percentages of the account to your designated beneficiaries, such as an international life insurance policy. Higher end estate planning can involve setting up holding companies, trusts, and foundations; which is something you can always transition to in the future if or when you reach that level.

Article Name
What Is Probate?
Description
Last will and testaments? Probate? What it all means...
Tyton Capital Advisors
2013 TYTON | Capital Advisors © all rights reserved. The Content is for informational purposes only, you should not construe any such information or other material as legal, tax, investment, financial, or other advice. Nothing contained on our Site constitutes a solicitation, recommendation, endorsement, or offer by Tyton or any third party service provider to buy or sell any securities or other financial instruments in this or in in any other jurisdiction in which such solicitation or offer would be unlawful under the securities laws of such jurisdiction. All Content on this site is information of a general nature and does not address the circumstances of any particular individual or entity. Nothing in the Site constitutes professional and/or financial advice, nor does any information on the Site constitute a comprehensive or complete statement of the matters discussed or the law relating thereto. Tyton is not a fiduciary by virtue of any person’s use of or access to the Site or Content. You alone assume the sole responsibility of evaluating the merits and risks associated with the use of any information or other Content on the Site before making any decisions based on such information or other Content. In exchange for using the Site, you agree not to hold Tyton, its affiliates or any third party service provider liable for any possible claim for damages arising from any decision you make based on information or other Content made available to you through the Site. Always consult with your financial adviser or investment planner before making financial decisions.
Back to Top
Enter your Infotext or Widgets here...