Japan: Tax Rebates For Those With Dependents

During the year 2016 some days saw as much as 5 trillion dollars being remitted across the globe in foreign exchange. Now, to say that not all of it was people sending money to their relatives in other countries is an understatement of epic proportions -the vast majority of it will be transactions among banks and other institutions- however, 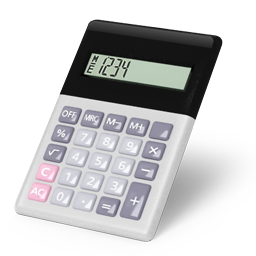 some of it will indeed be people sending money to their families overseas. There isn’t a single nationality that is not prone to sending back the spoils of overseas employment to their home country; whether it be to capatalise on advantageous rates of exchange,

accumulation of wealth or to support a family member. That said, some people send more than others. Your average Japanese person living overseas sends “home” 3,800 USD every year. Compared to your average Saudi Arabian expat, who only sends home an average of 933 USD, that sounds like quite an impressive, if not surprising difference. You might even be impressed with the familial commitment shown by Mr. Average Japanese Remitter -until- you learn that your average Filipino expat is sending home 4,800 USD every year. All are put to shame by the remittances of Chinese expats, sending an average of 6,800 USD every year….

INSIGHTS: How Can I Reduce My Tax Bill With Real Estate Investments?

How To Register Dependents

The catch here is that you can only register a dependent if you are related by blood. In short, no sending money to your friend to buy his car, and then claiming it as a deductible expense (that withstanding, if you are buying that same car from your brother, then you may be good to go…). In terms of how you prove the relationship, the tax office would like to see some form of official government documentation. Ordinarily, this would be a copy of the supplementary family register (if in Japan), along with a copy of the non-resident relatives passport. Realistically, the likelihood of having this documentation issued in Japan, pertaining to a relative who has likely never lived in Japan is slim. Accordingly, for documents issued by foreign

INSIGHTS: What Tax Breaks Are Available In Japan?

What Documents Do I Need To Get A Tax Deduction?

– Remittance data: Remittances and migration unit data are provided by the World Bank Group. The estimates of total migrant population were obtained from the World Bank’s Bilateral-Remittance matrix. The estimates in this data set are compiled from various primary and secondary sources for international migrant population and remittance outflows, and may in some cases fail to capture the complete volumes of remittances.

– Guide to Living in Japan – Ministry of Foreign Affairs of Japan, 2016

Article Name
Japan: Tax Rebates For Those With Dependents
Description
Procedure and required documents to register your tax deductible dependents.
2013 TYTON | Capital Advisors © all rights reserved. The Content is for informational purposes only, you should not construe any such information or other material as legal, tax, investment, financial, or other advice. Nothing contained on our Site constitutes a solicitation, recommendation, endorsement, or offer by Tyton or any third party service provider to buy or sell any securities or other financial instruments in this or in in any other jurisdiction in which such solicitation or offer would be unlawful under the securities laws of such jurisdiction. All Content on this site is information of a general nature and does not address the circumstances of any particular individual or entity. Nothing in the Site constitutes professional and/or financial advice, nor does any information on the Site constitute a comprehensive or complete statement of the matters discussed or the law relating thereto. Tyton is not a fiduciary by virtue of any person’s use of or access to the Site or Content. You alone assume the sole responsibility of evaluating the merits and risks associated with the use of any information or other Content on the Site before making any decisions based on such information or other Content. In exchange for using the Site, you agree not to hold Tyton, its affiliates or any third party service provider liable for any possible claim for damages arising from any decision you make based on information or other Content made available to you through the Site. Always consult with your financial adviser or investment planner before making financial decisions.
Back to Top
Enter your Infotext or Widgets here...