How to Hedge Investments

Hedging is another topic in the world of finance and investing that is often heard but rarely explained. Most people will have at some point in their life, whether it be on the news or in passing from friends, come across the expression “hedging risk“. This could have been someone discussing their stock portfolio, or making a comment about something completely unrelated to investments. Although context could surely give the layperson an idea as to what it means ‘to hedge‘, if pressed for an answer most would likely be unable to come up with a technical description of anything outside gardening.

The frequency with which it is mentioned, relative to the infrequency with which it is actually described can give ‘hedging’ the image of something mysterious or even insurmountably complex. This is however not the case. While the lengths to which one could increase the complexity of his hedging strategy is in principal limitless, the fundamentals of hedging are both quite simple and effective; even when you stick to the basics.

The easiest comparison to hedging is insurance. To hedge means to limit your downside risk, typically associated with a particular event. Similar to insurance, you are not preventing this negative occurrence from happening. The act of buying fire insurance will not magically prevent a fire from occurring in your apartment, and similarly hedging out a specific risk in your investment portfolio will not prevent the negative event from happening. However, properly hedging your portfolio can prevent you from losing large sums of money, just in the same way a fire insurance policy will save you from financial ruin if your house burns down.

As is to be expected, to hedge your portfolio is not free, just like the premiums on your insurance policy. One way or another you as an investor will have to “pay” for hedging, or reducing your investment risk. Hedging portfolio risk can also be a much more complicated endeavor, as your portfolio may have numerous moving parts, and the market has a near infinite number of moving parts. This is in comparison to an insurance policy, whereby the terms and risks are mapped out in their totality, as guaranteed by the insurance company.

However, not being able to eliminate 100% of your portfolio risk is not a reason to give up on the endeavor entirely. The “Pareto principle” (80% of the output is typically derived from just 20% of the input) certainly applies to portfolio hedging, and you can achieve a good deal of risk mitigation using just a small number of available tools.

The most basic and well-known hedging strategy is to purchase two investments with negative correlations. Negative correlation between two investments simply means that when one investment is doing well the other is not doing so well, and vice-versa. So long as they both end up growing in the long run, you will end up making a reasonable profit, while experiencing reduced volatility in the short run as the negatively correlated investments’ performances smooth each other out. This is also the beginnings of diversification ; particularly when it involves not just two, but a portfolio of investments.

Insights: How Do Hedge Funds Reduce Risk In Traditional Portfolios?

How can I hedge my investments?

More advanced techniques and hedging strategies almost invariably involve the use of derivatives and other financial instruments. The most common derivatives that you will have heard of are options and futures contracts. Unfortunately, the most likely scenario whereby you will have heard someone speak of options, futures, or derivatives, will have involved talk of high-risk attempts to make many hundreds of percentage points return on investment. This is in line with the popular culture image of hedge funds as wild west cowboy operations designed to earn tremendous sums of money. However, the truth is, both the etymological origin as well as historical origin of the ‘hedge fund’ and derivatives themselves are not in increasing risk and return, but instead the exact opposite. Their origin is in fact aimed at sacrificing returns in order to reduce risk.

This is where the derivative comes in to play. Although the technical details of a ‘basic’ derivatives trading strategy could fill the pages of a heavy book, the over-arching narrative for hedging is the idea that if your primary investment experiences a loss in value, it is largely cancelled out by a gain in its derivative. Likewise, if your primary investment gains in value, your portfolio experiences a drag on performance from the initial cost of the derivative. As they say, there is no such thing as a free lunch. However, when thousands or millions of dollars are on the line, a small insurance policy on your money is a worthwhile consideration. 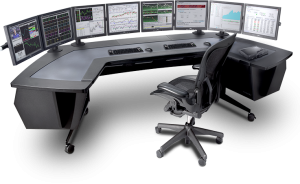 Example: You would like to purchase stock in Coca-Cola, a well established company with a reasonable dividend yield. However, to protect your capital against a sharp and sudden decline in Coca-Cola’s stock price, you purchase a put option. What the put option does is allow you to sell the stock at a specific price (the “strike price“) listed in the specific option contract. So, in other words, if you purchase Coca-Cola’s stock at $47 per share, and then buy a put option with a $45 strike price, this means that if the market price of Coca Cola drops to $38 dollars per share, you could in principal have the right to ultimately turn around and sell your share for $45 (though, in practice, in this example if the investor wanted to exit from the position in Coca Cola, they would sell the Coca Cola share for the lower fair market price at a loss, and then sell the put option derivative on the market as well, as the gain in the value of the put option will be almost large enough to negate the loss on the share price). In other words, with the put option, you have limited your downside to a $2 loss per share (47 minus 45), plus the cost of the put option itself. If instead the price of Coca-Cola stays the same or goes up, then you do not make an equivalent large loss on the derivative. For instance, you are not forced to sell at the lower strike price (hence, why it is called an “option”), but you would still have lost whatever money you had to spent initially to purchase the option.

Similarly, Coca-Cola itself can, and does, engage in their own hedging on a daily basis. It should go without saying that the production of their various signature beverages includes the consumption of a tremendous amount of sugar. In order to protect their commercial interest from the volatility of commodity prices, Coca Cola could engage in a derivatives contract to be able to purchase a specific amount of sugar at a specific date in the future, for a specific price. Now, they will need to sacrifice liquid capital in order to purchase this derivative contract, however, they can then go on operating their business knowing that they will not be facing a crisis if the price of sugar spikes unexpectedly.

Unless you intend on becoming a fully-fledged day trader, it is unlikely that you will be actively engaged in the buying and selling of derivatives. Most investors fall into the category of buy-and-hold, and rightly so, as it tends to be the most effective long-term investment strategy. That said, it is indeed useful to familiarize yourself with the basics of near-term portfolio hedging and risk mitigation. Understanding how markets work, and how professional investors or companies protect themselves from unexpected events will in turn make you a more astute investor when it comes time to making decisions on how to allocate your own capital.

Article Name
How to Hedge Investments
Description
Techniques to protect the value of your portfolio
Tyton Capital Advisors
2013 TYTON | Capital Advisors © all rights reserved. The Content is for informational purposes only, you should not construe any such information or other material as legal, tax, investment, financial, or other advice. Nothing contained on our Site constitutes a solicitation, recommendation, endorsement, or offer by Tyton or any third party service provider to buy or sell any securities or other financial instruments in this or in in any other jurisdiction in which such solicitation or offer would be unlawful under the securities laws of such jurisdiction. All Content on this site is information of a general nature and does not address the circumstances of any particular individual or entity. Nothing in the Site constitutes professional and/or financial advice, nor does any information on the Site constitute a comprehensive or complete statement of the matters discussed or the law relating thereto. Tyton is not a fiduciary by virtue of any person’s use of or access to the Site or Content. You alone assume the sole responsibility of evaluating the merits and risks associated with the use of any information or other Content on the Site before making any decisions based on such information or other Content. In exchange for using the Site, you agree not to hold Tyton, its affiliates or any third party service provider liable for any possible claim for damages arising from any decision you make based on information or other Content made available to you through the Site. Always consult with your financial adviser or investment planner before making financial decisions.
Back to Top
Enter your Infotext or Widgets here...