Can you afford to stop working?

According to an updated analysis of the Employee Benefit Research Institute “Retirement Readiness Ratings”™ (RRRs) approximately 56.7 percent of Early Baby Boomers, 58.5 percent of Late Boomers, and just under 58 percent of Gen Xers are projected to not run short of money in retirement.

A household is considered to run short of money in EBRI’s model if aggregate resources in retirement are not sufficient to meet minimum retirement expenditures, defined as a combination of deterministic expenses from the Consumer Expenditure Survey (as a function of age and income) and some health insurance and out-of-pocket, health-related expenses, plus stochastic expenses from nursing-home and home-health care.
Across all generations, in excess of 40% of people are financially unprepared to support themselves in retirement. Which group are you in?

The pressure on global state pensions will naturally increase as birth rates drop and average life expectancy continues to move upward. Consequently, the number of elderly in society is growing while the number of younger people is shrinking. Countries such as France, Sweden and the USA are aging somewhat slower but at an appreciable rate. In Asia the two countries most affected are Japan and South Korea. Japan is already the oldest society in the world, while South Korea is undergoing rapid aging.

Birth and death rate trends in japan since 1950 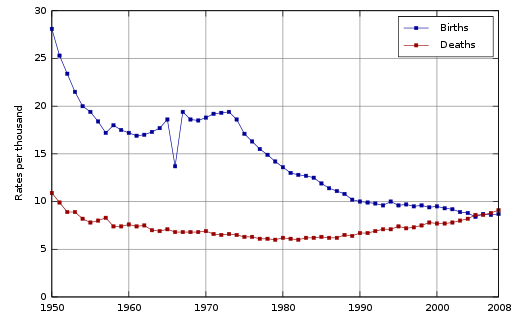 Among the challenges that many country’s retirement systems face, is the decline in the percentage of employees covered by Defined Benefit (DB) schemes. Since these schemes have traditionally provided the most security for their members, this is a worrying fact. However, even for those clients who are members of a defined benefit scheme there is no room for complacency. It was reported in November 2011 that FTSE 100 companies’ pension deficits had grown by £27 billion since the end of the previous week. On the other side of the globe in America the funding deficit of S&P 1500 company defined benefit schemes reached a post-World War 2 high in September 2011. Many more company schemes worldwide may face future difficulties if market conditions do not foster recovery and sustained growth.

Whilst away from their home countries, many people will choose to fund a personal pension plan that allows them to save and invest money for later life, in line with their requirements and expectations.

Compounding is the process by which an investment increases in value by ever-increasing amounts each year, assuming that the interest paid on those investments is then reinvested . While the rate of interest itself may not change, the actual amount of interest grows as it is being earned on a larger sum.

What these charts show is that while it may require considerable discipline to invest funds for a time many years away, the benefits of doing so can be substantial. The earlier you start to plan and save, the greater the benefits for you later and the less reliant you will be upon governmental and occupational pension schemes which are increasingly overpopulated and underfunded.

Note: Taxation and fees or charges are not taken into account.

Figures are not adjusted for inflation.

Article Name
How Much Do I Need For Retirement?
Description
How much is enough to retire?
Author
Tyton Capital Advisors
2013 TYTON | Capital Advisors © all rights reserved. We are experts in; lump sum investments, savings plans, japan real estate investments, retirement planning, expat pensions, pension plans, health insurance, life insurance, QROPS, tax planning, japan investments, expat financial advice, financial planning in Tokyo and Japan, CTA funds, mutual funds and hedge funds. The information contained in this Site is for general guidance on matters of interest only. The application and impact of laws can vary widely based on the specific facts involved and your country of residence. Before making any decision or taking any action, you should speak with your Tyton Financial Advisor. This legal notice shall be governed by and construed in accordance with English Law. If any part of this legal notice shall be deemed by a Court of Law to be unenforceable, unlawful or void, then that part shall be deemed severable from this legal notice but that any such severance shall not affect the validity and enforceability of the remaining part or parts of this Legal Notice. The information on this website does not constitute an offer and shall not be construed as an offer to sell or a solicitation of an offer to buy any securities, product or service, to any person in such jurisdiction to whom it is unlawful to make such an offer or solicitation.
Back to Top