One topic of concern for most foreign people living in Japan is whether or not they can receive a pension from the Japanese government. Historically, this topic has been bad news for foreign residents. There are no shortages of headlines heralding possibilities of pension rules becoming stricter, or even the potential for foreigners to receive a reduced pension, or difficulty in receiving anything at all. This year, however, the foreign population finally received some good news from the pension department.

As of August 1st, 2017; the Japanese Old Age Employee’s Pension system (the nenkin) will have effectively reduced the required “paid-in” years from 25 to 10. What this means is, in the past for a foreigner to be able to receive pension benefits, he or she would have had to first pay into the nenkin system for a total of 25 years. If they hit retirement age and had only paid into the system for 24 years, they were out of luck, and only entitled to the typical cash lump sum pension refund one typically takes advantage of after having worked in Japan just 2 or 3 years (although there is hope for citizens of some countries being able to transfer their “paid-in years” towards their home country’s pension system, if their country has a relevant treaty with Japan). However, after presumably much diplomatic pressure and protest from the foreign population choosing to make Japan their permanent home, the pensions office decided to reduce the minimum number of years to 10. In other words, if you live and work in Japan for a decade, each month making sufficient pension payments into the nenkin from your salary (typically your employer withholds and makes the payment on your behalf), then you will have contributed enough to be able to claim government pension benefits when you reach retirement.

For those that have already been working 10 years in Japan but are still in their prime, do not get too excited about being able to immediately cash in a monthly benefit from the federal government.  In order to receive the Basic Pension benefits, the standard retirement age of 65 is still applicable; thus 35 year old’s having worked in Japan since graduating university will still have to wait a few decades. This change is still however excellent news for many people that perhaps moved to Japan at an older age and were worried about not being able to work the full 25 years; or perhaps someone that did not start working at all until later in their life due to divorce or death of a spouse. This enables practically anyone that has worked and contributed to the system for a reasonable period of time to receive some level of support in old age.

How much pension benefit can I receive?

One potential misunderstanding of the pension changes has to do with the amount of benefits the pensioner may receive. Just because the required paid-in years has reduced from 25 to 10 years, does not mean that someone who paid for 10 years receives the same benefit as someone who worked and contributed for 25 years. There is still a formula for calculating your Basic Pension benefit, based simply on how many years you paid in. Also, the Old-Age Employee Pension benefits are largely determined by how much salary you received while working (and as such, how much you paid into the system each year as a function of your salary).

Insights: Can You Afford To Stop Working?

How do I receive the pension? 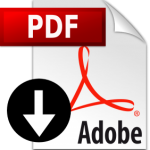 Once you have reached age 65 (or between 60 and 65 to receive a reduced pension) and have paid in for at least 10 years, the only remaining requirement to receive benefits is to fill out and submit the following application.

As anyone who has lived in this country will know, filing official documentation in Japan is no simple task. What most people have experienced thus far, however, is the paperwork, headaches, and attention to detail which is required to avoid being rejected and sent back to the starting line when performing simple procedures. When it comes time to extract money from the government, it should come as no surprise that the strictness of the bureaucracy is taken to an entirely different level.

As is to be expected, the forms and explanation are only available in Japanese and must be filled out in Japanese. However, even Japanese nationals find the pension paperwork far more strenuous that usual, and often come across difficulties and delays in receiving their pension benefits. However, the good news is that it is not mandatory for you to submit the documentation yourself. Everyone is allowed, should they choose, to elect a representative to go to the pension office and do all the necessary work on their behalf. Further good news is that you do not have to assign power of attorney to a high-powered (and high-fee charging) Japanese lawyer (bengoshi). For this type of pension-specific bureaucratic work to be handled on your behalf, you can elect a sharoshi, or certified social security and labor consultant. At the end of your career, when it comes time to slow down and relax, it could very well be worth retaining a Japanese professional to dot all the I’s and cross all the T’s to ensure you receive all that has been earned from the Japanese government pension system.